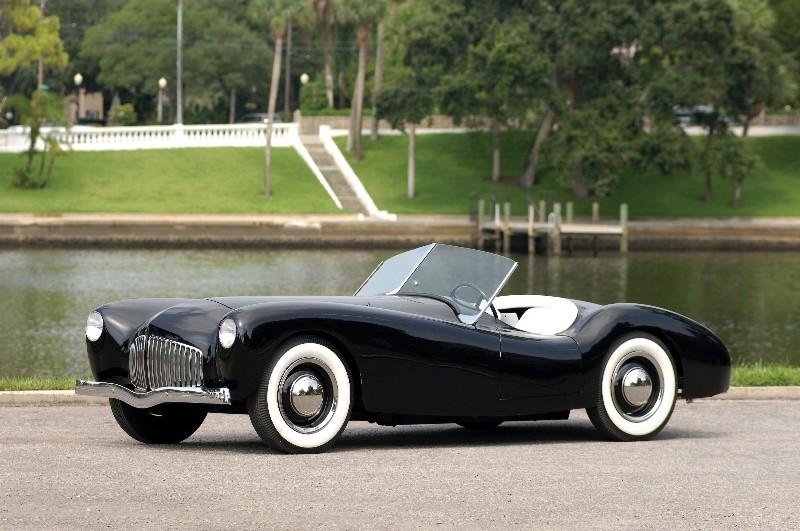 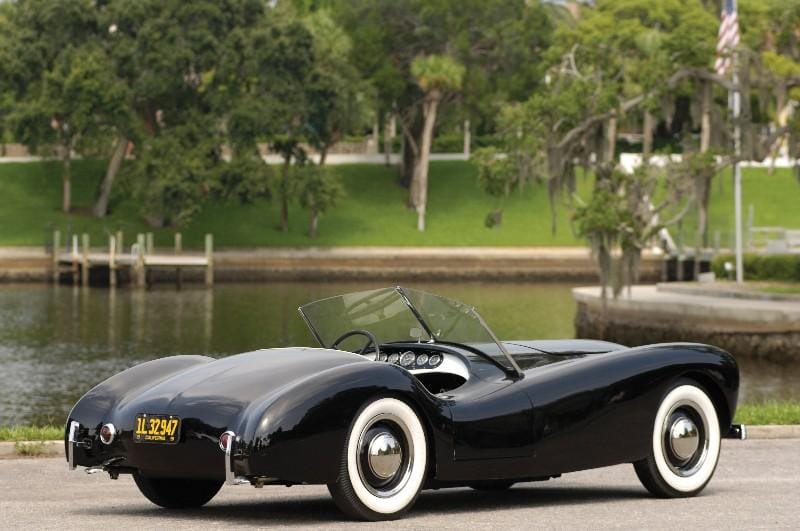 It was a time before the division between “sports cars”, “customs” and “hot rods”.
The post-WWII “sporty car” scene in America was a time of great enthusiasm and a fertile ground for imaginative, talented designers who sought to take advantage of the new market for lithe, responsive alternatives to the big cars turned out by Detroit.

The car he designed and built was as sleek and sexy as a Jaguar XK120, while boasting light weight and low acquisition cost for the custom sports car builder.
This situation was tailor-made for talented entrepreneurs such as Southern California’s Bill Tritt. Starting a company called Glasspar in 1950 with two partners, he was a pioneer in the use of fiberglass for auto body construction years before Chevrolet’s Corvette appeared on the scene.
The most popular powerplant for these bodies was the rodder’s favorite, the Ford and Mercury flathead V8.
With a vast array of tuning parts available, it was relatively easy to build a car that went as well as it looked.
These smart roadsters became a favorite of the Hollywood set, and no less than Humphrey Bogart and Gary Cooper were said to have been owners.
The Glasspar roadster was featured in many auto publications of the period, including Road and Track, Motorsport and Motor Trend. 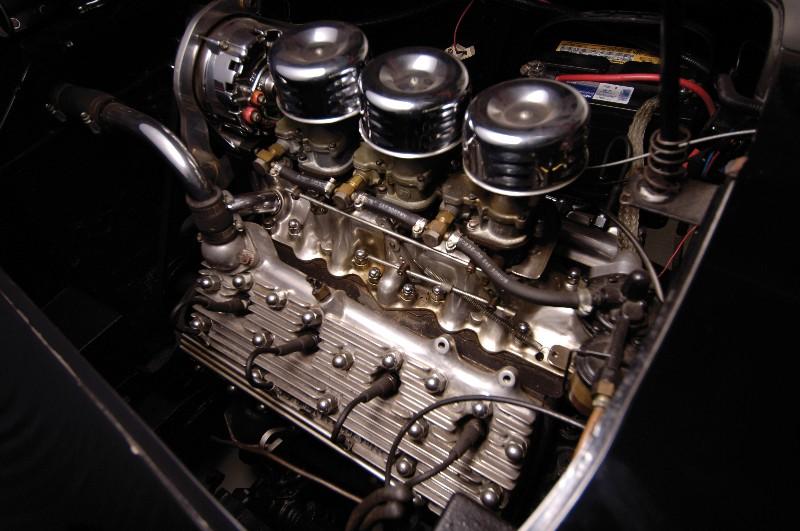 The engine boasts finned Offenhauser aluminum heads and a polished aluminum intake manifold.
This particular example is powered by a Ford flathead V8 with triple carburetors.
The interior is simple and clean in the best SoCal tradition, with horizontally rolled white leather seats and a central instrument panel with the original Stewart Warner gauges.
Given the challenges of early fiberglass construction, the body is remarkably smooth with high gloss black paint, which is nicely set off by the minimal chrome trim on the grill, wheels, windshield supports and front and rear “nerf bar” bumpers. 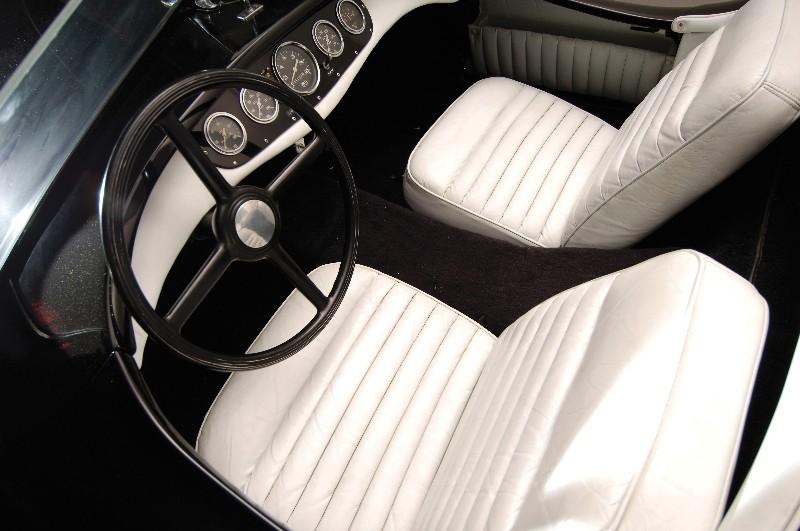 With the steady rise in interest in the postwar California car scene, this trendsetting automobile would make a notable addition to any collection of sports or custom-bodied cars.
Since its acquisition by the current owner in 2007 it has had a tune-up, servicing and brake rebuild.
SOLD : $38,500.00 at RM Auctions 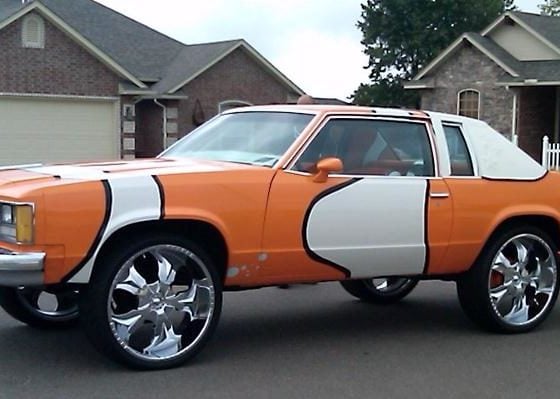 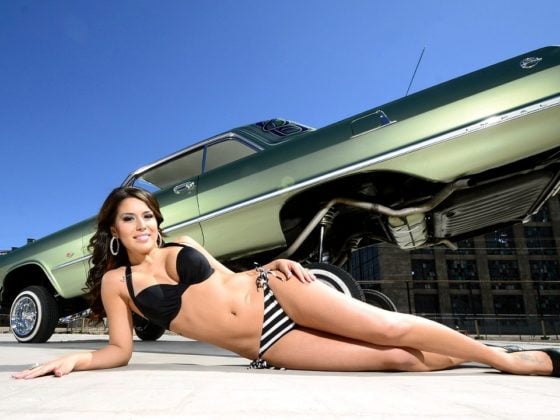 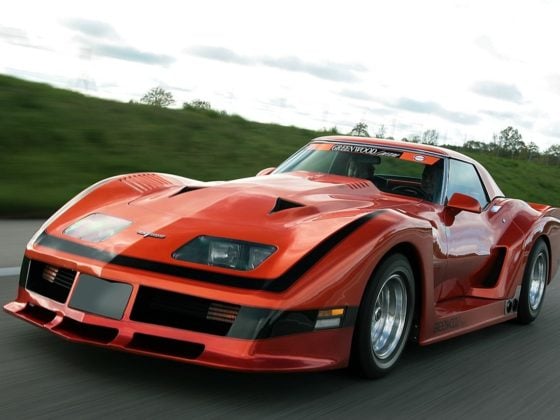 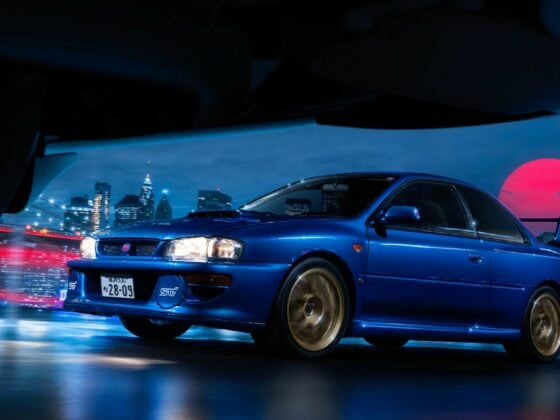 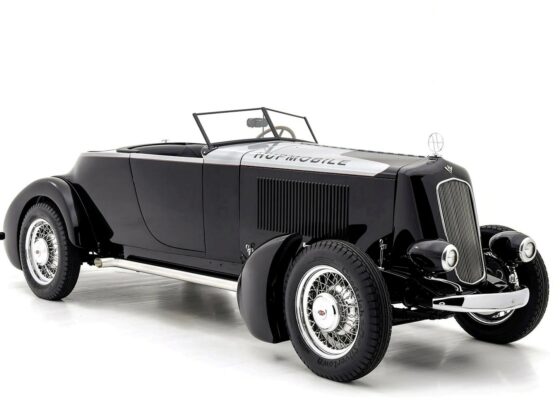 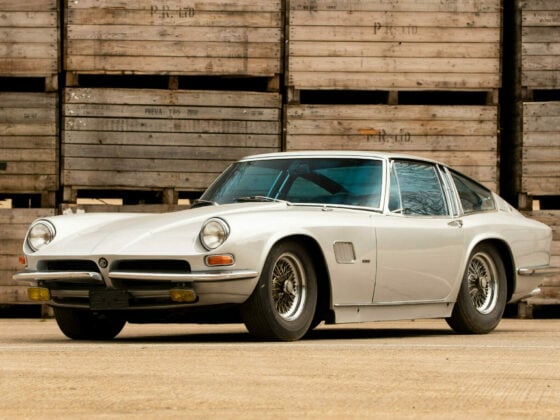 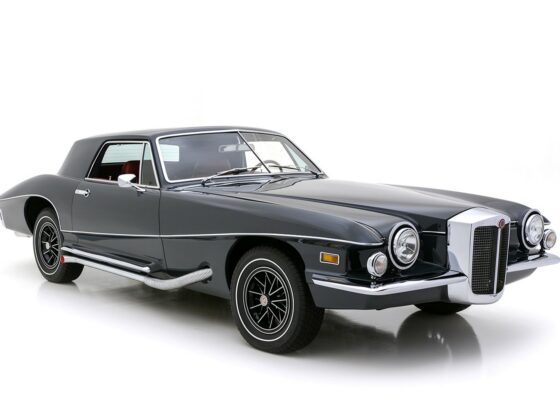 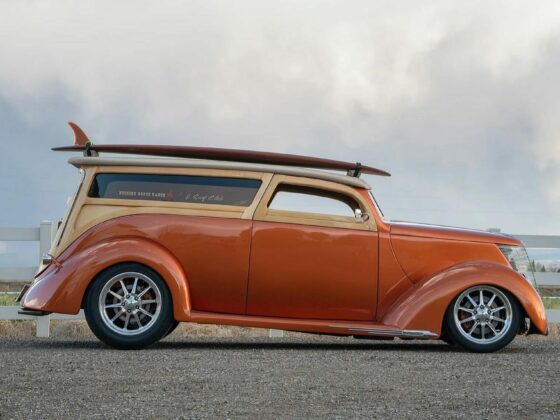