By the 1960s, the world’s few remaining custom coachbuilders continued to demonstrate their vision and skill with a number of one-off concepts based on production-based chassis at prestigious auto shows in Turin, Geneva and Paris, hoping to attract lucrative commissions from manufacturers, as well as sales from the wealthiest private clients.

The production model attracted magazine attention and caught the eye of Hollywood producer and entrepreneur Bert Sugarman, who convinced Ghia to put the car into production.
In this tradition, Ghia draped svelte GT bodywork on Fiat’s 2100 sedan chassis for the 1960 Turin show.
However, Sugarman envisioned the car complete with the compact yet powerful V8 engine and sound underpinnings of the Plymouth Barracuda Formula S, resulting in the 450 SS. 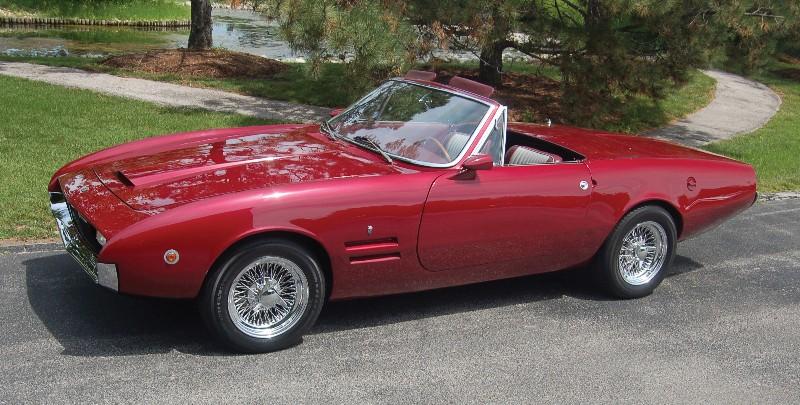 Far from being a rebodied Barracuda, the 450 SS was based on a unique chassis formed by a pair of longitudinal tubular frame members, in combination with a very strong semi-monocoque body. Inside, the very stylish cockpit was equipped with supportive leather bucket seats, with the driver facing a clean, flat and functional dash containing a comprehensive array of instruments.

Ghia’s steel bodywork, penned by renowned designer Giorgetto Giugiaro, featured compound-curved panels with seamlessly integrated front and rear bumpers.
The unique bodywork is draped with a rich metallic burgundy finish, beautifully complemented by a maroon cloth top, as well as burgundy and grey leather upholstery, chrome plated knock-off wire wheels and blackwall tires.
This dazzling example is believed to be one of only approximately 26 surviving examples out of a total production run of 52 hand-built cars.
The powerful 273 cubic inch V8 engine and the entire underhood area are very well detailed, with a number of tasteful bright accents, while the carpeted trunk is also attractive. 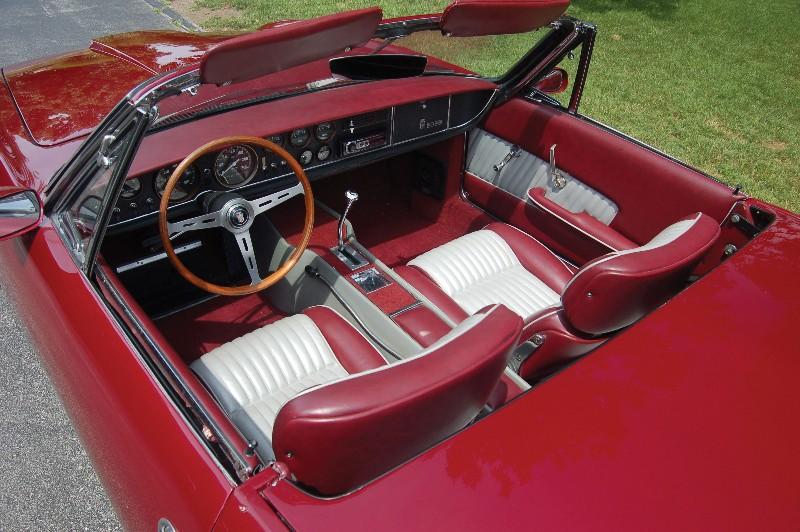 A modern CD changer allows you to listen to your favorite tunes, but on a nice day, you may prefer to put the top down and enjoy the mechanical music emanating from the dual exhaust outlets.
In addition, this 450 SS is well equipped with power brakes and power steering, ensuring a high level of comfort in keeping with the stunning exterior styling. 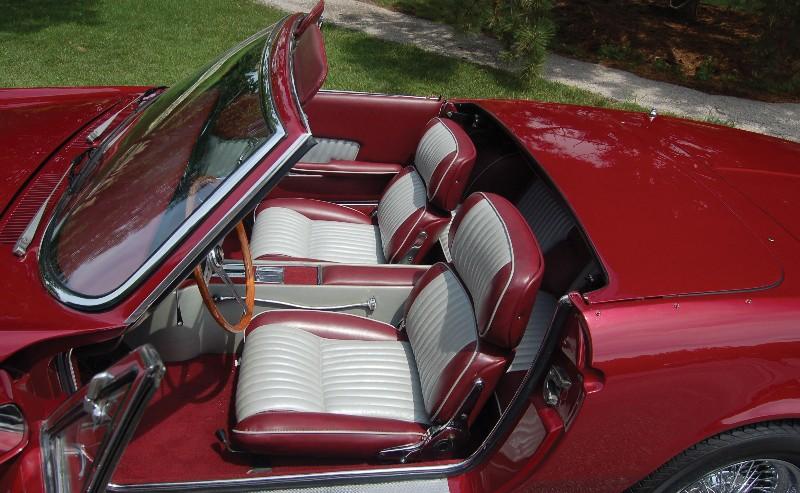 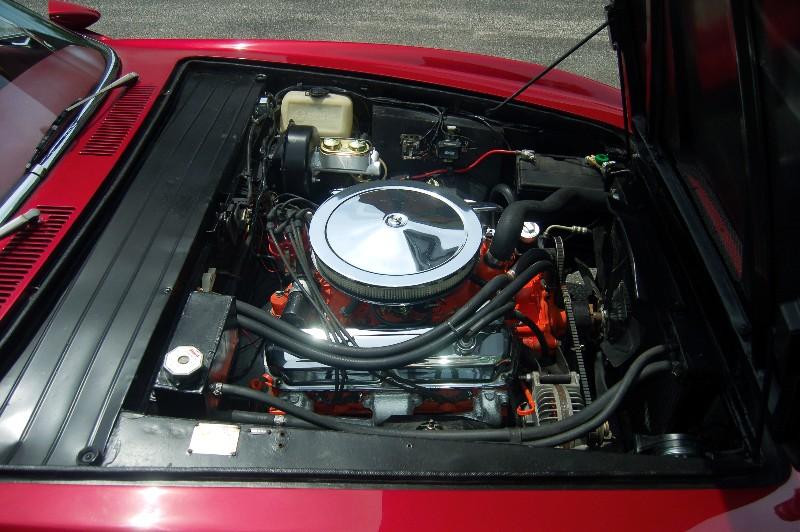 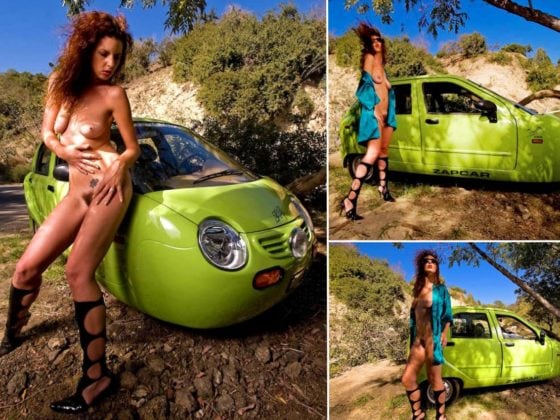 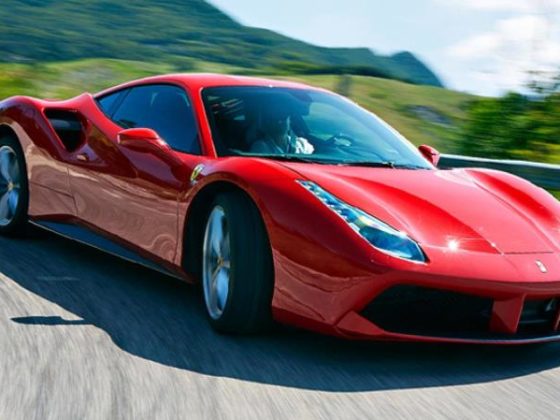 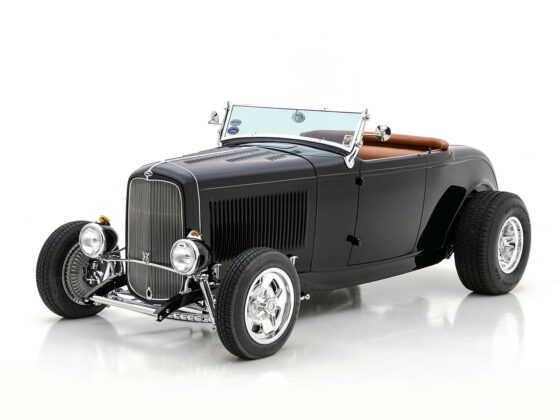 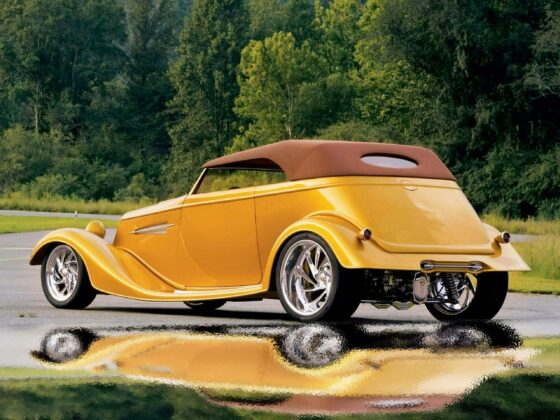 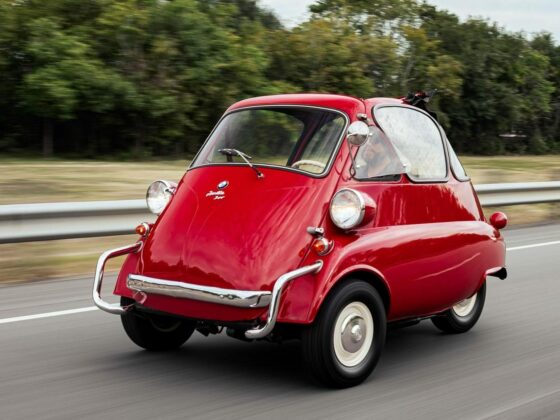 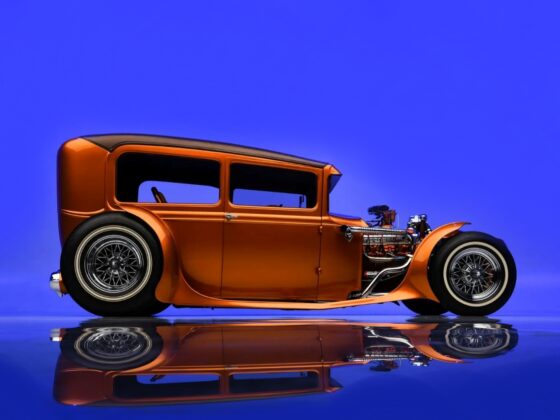 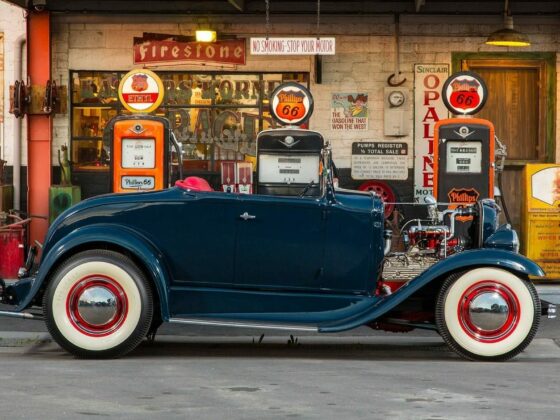 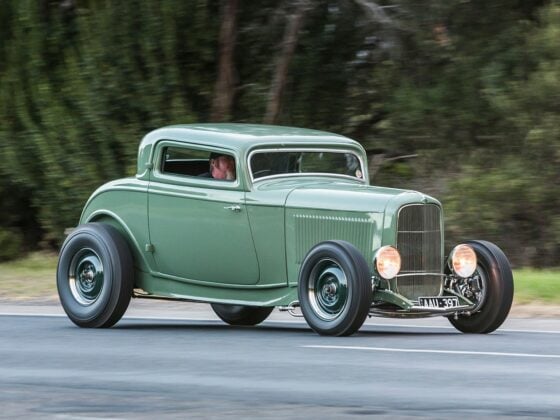 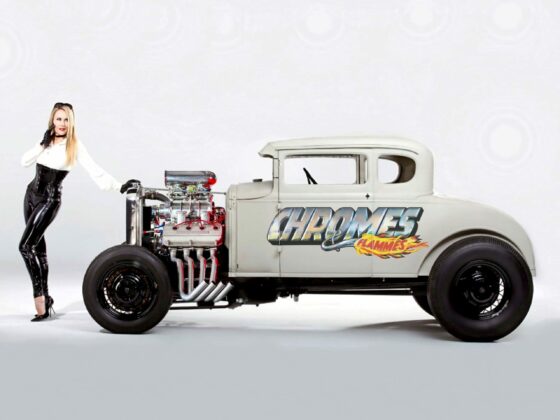 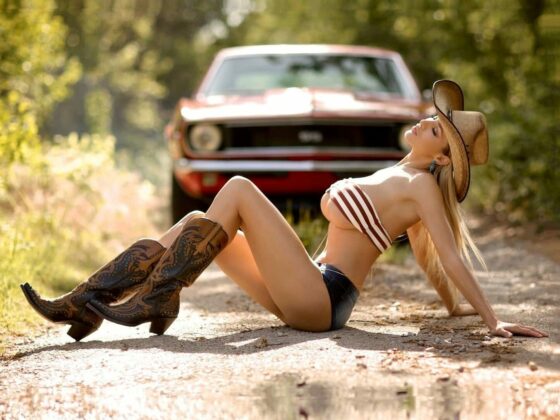 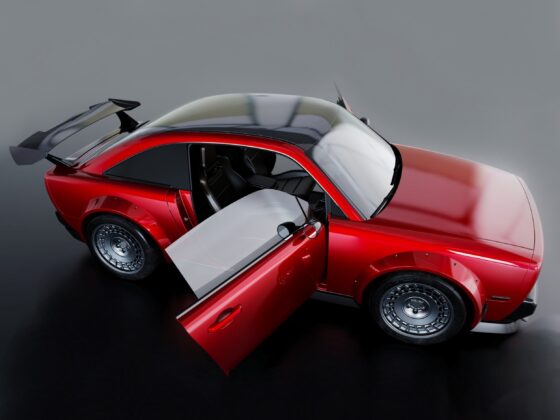 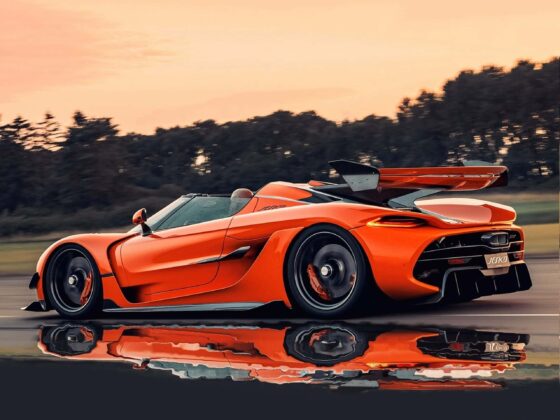 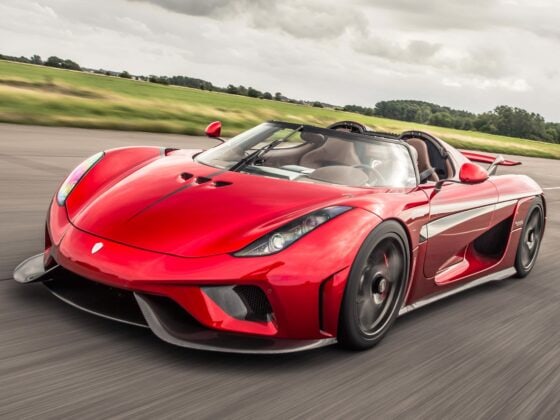 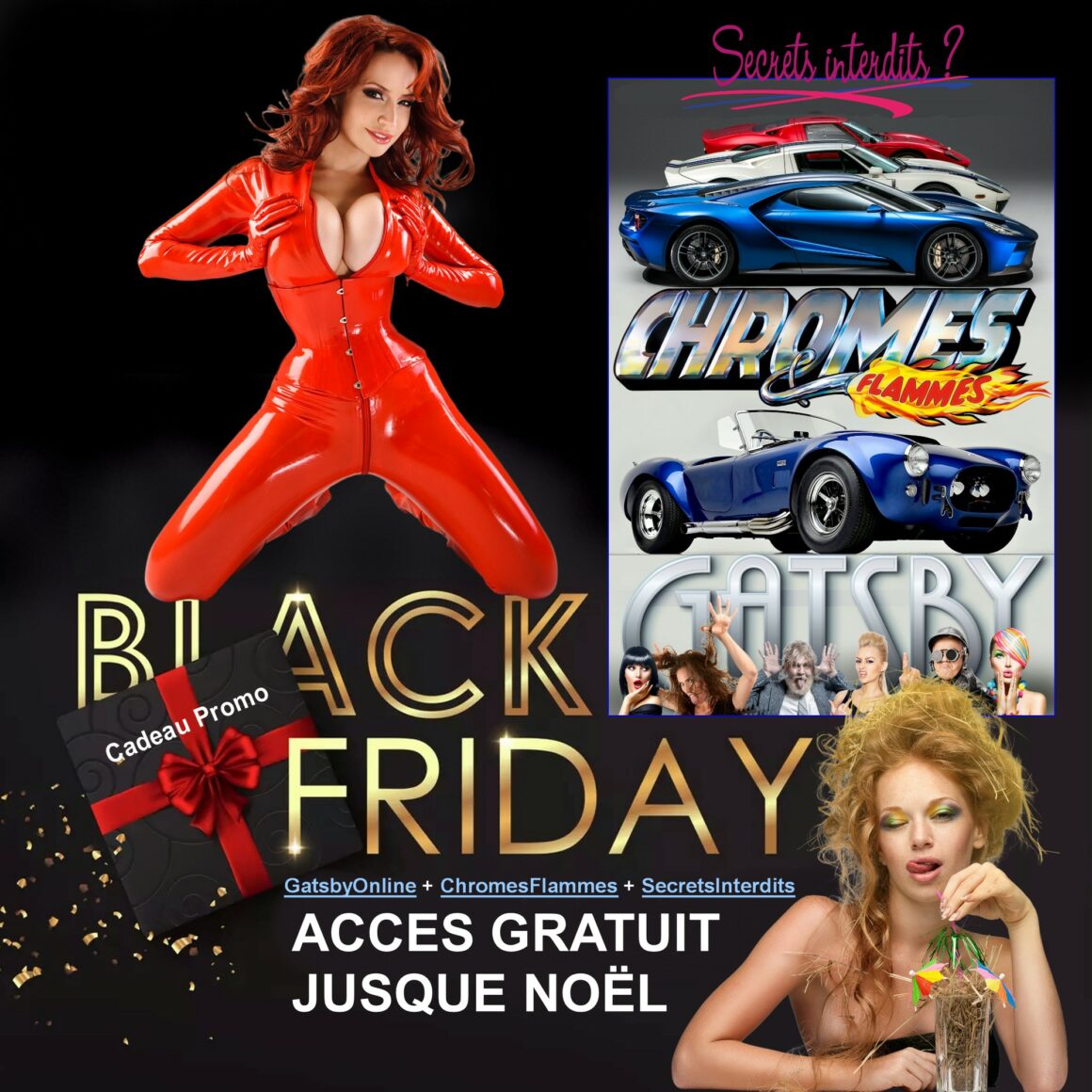